Pegaso was a Spanish brand of trucks, buses, tractors, armoured vehicles and sports cars. Pegaso is the Spanish name for Pegasus, the winged horse from Greek mythology. The parent company of the brand was Enasa, a state-owned Spanish company that focused chiefly on truck and bus production. Enasa dates back to 1946 and was based on the old Hispano-Suiza factory. The director of Enasa was celebrated automotive engineer Wifredo Ricart.

Pegaso was once one of the leading industrial vehicles makers in Europe and exported to other European countries as well as to Latin America. Its biggest markets were Cuba, Venezuela and the Benelux, and it was also responsible for supplying the Egyptian Army with tactical trucks. The main Pegaos production plants were all placed in Spain, in the cities of Madrid, Barcelona and Valladolid. The best year for Pegaso was 1974, when the company produced over 26,000 units. From the beginning in 1946 to the end in 1990, Pegaso built over 350,000 units in total. 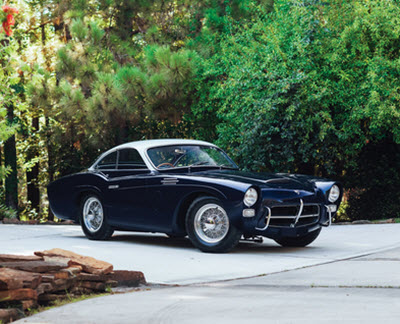 The first truck produced by Enesa was a modified version of the Hispano-Suiza 66G. This truck was sold under the name Pegaso I and post-war shortages made it impossible to produce more than a few units. The Pegaso II (model code Z-203) was unveiled in 1947, while the first diesel model – the Pegaso Diesel (Z-202) – came in 1949. This truck had a rounded bulbous front as was accordingly nicknamed Mofletes, which means chubby cheeks in Spanish. After a while, the Pegaso Diesel was joined by coach, bus, road train and artic tractor versions.

The Pegaso sports car and racing

During the 1950’s, Pegaso ventured into the sports car market and built around one hundred high-end sports cars named Z-102. These cars featured a lot of modern inventions, such as the five-speed gearbox and all wheel independent suspension. You could get the Z-102 with three different bodies: the Touring, the Saotchik or Enasa’s own.

In 1985, Pegaso all-wheel-drive trucks achieved victory in the Rallye des Pharaons, and they also went on to win the 1986 Paris-Dakar.

The end of Pegaso

In 1990, Iveco purchased Enasa after a joint takeover by Daimler-Benz and MAN had been put to a last-minute halt. During this point in history, Pegaso produced many different types of trucks, including the light Ekus, the medium-heavy Mider, and the heavy Troner. There was also an off-road truck named Trakker, and a bus and coach range named Podium. Pegaso has also exhibited a highly futuristic concept truck at the 1989 Barcelona Motor Show, a 500hp trycked named Pegaso Solo 500 and designed by Francisco Podadera. When Iveco took over, a majority of the Pegaso ranges vanished from the market. The very last Pegaso Troner was created in 1993, and this date – July 12 1993 – is commonly acknowledge as the “death of Pegaso”. Iveco did however continue to produce Pegaso bagded military trucks for a few more years.