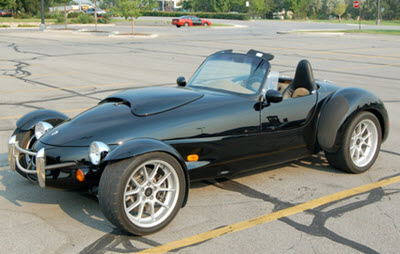 Panoz make road cars as well as racing cars, and has always strived to maintain a close connection between the road cars the company’s racing projects. Panoz has for instance created the Panoz Roadster, the AIV Roadster, and the Panoz Esperante. Panoz cars has competed in racing series since 1997 and often met with considerable success. The winner of the GT2 class at the 2006 24 Hours of Le Mans was an Esperante GTLM from Panoz.

Panoz owns a test road, the Road Atlanta in Braselton, Georgia, where all Panoz cars are tested.

During recent years, Panoz has shifted its American Le Mans and European racing programs towards production-based classes, since this makes it possible for modified Esperante variants to race.

The ALMS is based in Canada and the United States, and is made up of a series of sprint and endurance races. As the name suggests, it was moulded after the 24 Hours of Le Mans and Panoz partnered up with the organizers of the 24 Hours of Le Mans – the Automobile Club de L’Ouest (ACO) – in order to make it possible for ALMS teams to earn automatic entries in the Le Mans 24 Hours. The American Le Mans Series contains four classes. Le Mans prototypes can compete in the LMP1 or LMP2 class, while Grand Touring cars can compete in GT1 or GT2. The length of the race varies from 100 minutes to 12 hours.

Panoz has contracted the Prototype Technology Group – a longtime BMW Motorsport partner – to campaign the GTLM in the ALMS and Le Mans for the 2007 American LeMans season.