The term luxury car is naturally highly subjective and a car that is perceived as the paramount of uttermost luxury to one person might be seen as a piece junk to someone else. We all fancy different things and we all have our ideas about luxury. Generally speaking, the term luxury car is used for cars that offer an unusually high level of comfort and quality, and this is normally reflected on price and prestige. The design is also an important aspect of the term luxury car in the eyes of many car buyers.

The fact that a car is expensive and prestigious does not necessarily make it a traditional luxury car. Many fast going cars are for instance referred to as supercars, exotic cars or sports cars instead of luxury cars since the traditional luxury car tend to offer a level of comfort that can not be found in cars focusing solely on high speed and performance. A traditional luxury car comes with an extravagant interior and exterior where beauty rather than low weight and similar factors have been focused on.

In the European Union, fancy cars are divided into three main segments: Compact executive cars, Executive cars, and Luxury cars. The Compact executive car segment is referred to as “Mittelklasse” in German and contains cars that are between 4.50 and 4.65 meters in length. As of 2007, the cars in this segment costs from € 25,000 up to € 45,000 in Europe. This group is roughly equivalent of the entry-level luxury car segment in the United States and includes cars such as the BMW 3 series, the Mercedes-Benz C-Class, the Audi A4, the Alfa Romeo 159, and the Lexus IS.

The Executive cars segment is known as “Obere Mittelklasse” in German and “Grandes Routières” in French, and the cars in this segment are normally between 4.75 and 4.90 meters long. The price ranges from € 40,000 and € 60,000, and this segment is roughly equivalent of the mid-level luxury cars segment in the United States. Examples of a car belonging to this segment are the BMW 5 Series, Mercedes-Benz E-Class, Audi A6, Alfa Romeo 166, and Lexus RX.

The Luxury cars segment is known as “Oberklasse” in German and typically contains cars longer than 5.0 meters. The price starts around € 70,000 and this segment contains luxury cars such as the BMW 7 Series, Mercedes-Benz S-Class, Audi A8, Lexus LS, Bentley Continental Flying Spur, Jaguar XJ, and the Maserati Quattroporte. This segment is roughly equivalent of the high-end luxury cars segment and the ultra-luxury segment in the United States.

As you can see, there are four main luxury segments used in the United States, 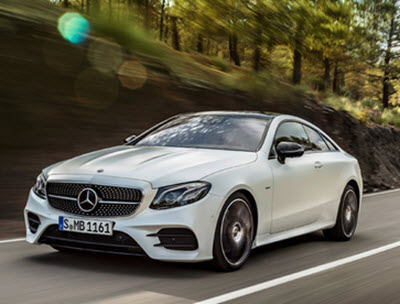 while the Europeans use only three main segments for luxury cars. The Americans distinguish between high-end luxury cars and ultra-luxury cars. In the high-end luxury cars segment, you will find cars such as the BMW 7-Series, the Mercedes’ E-Class based Mercedes-Benz CLS-Class, the Audi A8, the Lexus LS, the Lincoln Town Car L Series, and the Jaguar XJ. The prices in this segment range from $60,000 to $100,000.

The ultra-luxury cars segment contains cars that cost $100,000 or more, including some of the cars from the lower levels where optional engine choices have increased the price up to $100,000 or more. In the ultra-luxury cars segment, you will, for instance, find the BMW 760, Mercedes-Benz S600, Audi S8, Lexus LS 600h L, and the Volkswagen Phaeton W12. You can also find many car models from famous luxury brands such as Rolls Royce, Maserati, Bentley, Maybach, and Aston Martin here.