In 1898 Emilio de la Cuadra, a Spanish artillery captain founded La Cuadra, a company focused on automobile production. The company was based in Barcelona and was the predecessor of Hispano-Suiza. While in Paris, Emilio de la Cuadra got to know the skilled Swiss engineer Marc Birkigt and employed him. It was Marc Birkigt who designed the very first gas-powered engines manufactured by La Cuadra. 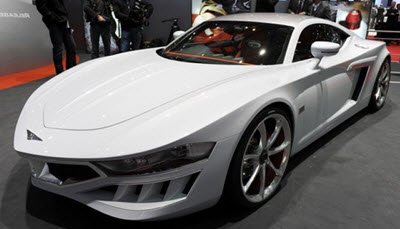 During the next year and a half, no less than four different engines were introduced by La Hispano-Suiza Fábrica de Automóviles: one pair of big 6 cylinder powerplants, plus a 3.8L and a 7.4L four-cylinder. The resurrected company stayed active in Barcelona until 1946 and produced cars, trucks and aviation engines. In addition to mass producing cars, trucks and buses, La Hispano-Suiza Fábrica de Automóviles developed a number of hand-built racing and luxury cars. One of the most famous owners of such a hand-made car was King Alfonso XIII of Spain. Since France was a much better market for expensive luxury cars, a new factory named Hispano France was set up in Levallois-Perret’, a Paris suburb, in 1911. In 1914, the successful factory moved to larger facilities at Bois-Colombes and the name was finally changed to Hispano-Suiza.

After being interrupted by World War I, Hispano-Suiza went back to automobile engine design and introduced the H6 engine in 1919. The H6 engine was based on the features of the V8 aluminium WW1 aero engine and had an inline 6 cylinder overhead camshaft. This earned Hispano-Suiza a reputation similar to that held by Rolls-Royce. In the P.G. Wodehouse “Blandings Castle” the Emsworth family is, for instance, travelling in a Hispano-Suiza H6.

Throughout the 1920’s and well into the 1930s, Hispano-Suiza constructed a series of fine luxury cars and the 1930s V-12 car engine became famous for being exceptionally quiet; it featured a reverted to pushrod valve actuation.

After World War I, Hispano-Suiza began to use the Stork of the Province of Alsace as their mascot and placed a stork statuette atop the radiator on their cars. This stork was taken from the squadron emblem painted on the side of an aircraft belonging to Georges Guynemer, a famous World War I pilot. The plane was actually powered by a Hispano-Suiza engine, and during this period in history, the Stork was an emblem of revanchism.