A concept car is a prototype produced to showcase a new idea, such as a new concept, a new styling or a new type of technology. Automakers frequently produce concept cars that are put on display on motor shows worldwide. This serves several purposes, including attracting media attention and creating a buzz around the brand name. The attention and image attained through a concept car can have positive effects on the entire brand. 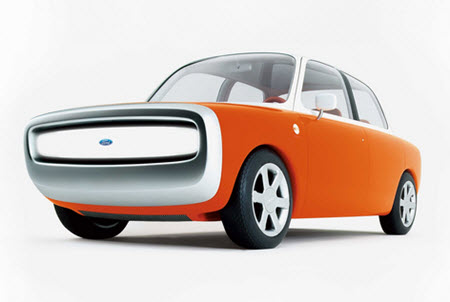 When a concept car has been unveiled for the public, the automaker will naturally closely monitor customer reactions to find out how well the concept car is received and if any elements from it should be incorporated in future production cars. In many cases, a concept car is so radical that its chances of ever entering standard production are practically nil, but this does not mean that no part of the car can make its way into the design of everyday cars.

When designers and engineers are given the opportunity to develop a concept car, they are often free to make bold decisions and try out new radical ideas. A lot of concept cars will, therefore, come with unusual layouts, e.g. gullwing doors. They can also be made from materials that are not normally found in contemporary cars, from carbon fibre to specially developed alloys. Some concept cars has even been made out of paper.

The idea of using concept cars is generally credited to Harley Earl, a designed employed by General Motors from 1927 to 1959. The Buick “Y” job of 1938 is considered to be the first real concept car, since it was a car prototype created in order to showcase new styling, technological solutions and design for the public. The Buick “Y” was made long before any decision regarding its mass production had been made by General Motors. General motors did a lot to popularise the idea of concept cars during the 1950s through their travelling Motorama shows.

One of the reasons why concept cars never go straight into production even if they are very well received by the public is that concept cars rarely reach the necessary levels of safety and practically required from a production car. Concept cars are also normally designed without but any considerable amount of emphasis on production costs, which means that they would often be extremely expensive if they were put into production right away without any cost-saving changes.

Today, some concept cars never even reach the stage of scale models; they exist in the form of computer models only. In the opposite end, we can find concept cars that contain everything from a fully functioning drivetrain to a rich assortment of accessories. Most modern concept cars will fall somewhere behind these two extremes, and might for instance not be fully drivable since their main purpose is to showcase a new design. It is not uncommon for concept cars to feature mock-up parts made from fibreglass, plastic, wax or similar materials.

It is common for automakers to have their concept cars demolished when they are no longer of any use, but some concept cars have been saved from this cruel faith and are now residing in museums or stored away by the car company. If you want to see a real concept car from the 1950s, you can pay a visit to car customizer George Barris and his shop in North Hollywood, California. The concept car residing there is no less than the 1954 Lincoln Futura, the car used as the Batmobile in the Batman television series aired in the1960s.