Gumpert Sportwagenmanufaktur GmbH is based in Altenburg, Thuringia. The first model produced by this company was the Gumpert Apollo. If everything goes according to plan, Gumpert will produce 150 Apollo cars between 2005 and 2008.

Gumpert Sportwagenmanufaktur is an independent, privately financed company. In 2005, two major investors joined in order to secure the financial stability of the company during the international sales and distribution period for the Apollo. 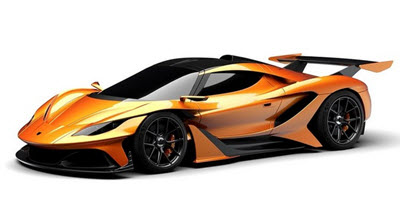 During the 1970s, Roland Gumpert was the manager of AUDI and the driving force behind the development of the four-wheel drive vehicle “Iltis”, the ancient ancestor of today’s “Quattro”. During Roland Gumpert’s time at AUDI, AUDI Sport achieved no less than 25 victories in World Rally Championships races, and 4 World Rallye Championship Titles.

When Roland Gumpert decided to found his own company and create the Apollo car, he succeeded in attracting a wide range of skilled professionals to the project. His longtime partner is, for instance, Roland Mayer, the boss of the German tuning house MTM. Technical director Uwe Bleck is a long time AUDI employee that had spent the last years as manager responsible for driving dynamics, wheels/tires and simulation calculations before he joined Gumpert. The company has also collaborated with a lot of external partners, including HS Genion, Bosch, Pirelli, ATS, TRW, Ingolstadt Polytechnic, KW Suspensions, Eibach, the Technical University of Munich, and the University of Applied Sciences in Ingolstadt.

Roland Gumpert’s dream was to create a street-legal supers car that would also do great on the racing track. Once the technical parameters had been defined, Gumpert assigned Marco Vanetta to draw the first designs. Eventually, a 1:4 scale model of the car could be finished in 2002. The work proceeded and after a busy period of constructional works and computer simulations, the Gumpert Apollo was finally ready for wind tunnel test. This, in turn, made it possible to create a 1:1 scale model and, after further alterations, two pre-production Apollos.

“It has always been a dream of mine to have a car that has so much downforce, such aerodynamic efficiency that you could drive on the roof of a tunnel at high speed – and this car can.” – Roland Gumpert

The Gumpert Apollo comes with up to 650hp and 627 lb/ft of torque and produces an astounding 1500kg of downforce at 330km/h. This is just as much downforce as any car that would enlist in the DTM German touring car championship; at least according to Gumpert Sportwagenmanufaktur. The Gumpert Apollo is a two-seated, mid-engined rear wheel drive car consisting of a tubular Chromoly frame. You can choose between fibreglass or carbon fibre body panels. As you may have guessed already, the engine used by Gumpert in this car comes from AUDI; it is an Audi 4.2L V8 engine joined to a six-speed sequential gearbox.