A convertible is an automobile fitted with a removable or retracting roof and rear window. In British English, this type of car is commonly known as a cabriolet since it resembles a type of French carriage know by that name. The word cabriolet is sometimes abbreviated ‘Cabrio’ or “Cab”. When the roof is made from a rigid material, such as steel, the car is often referred to as retractable hardtop, coupé cabriolet or coupé convertible in Europe. 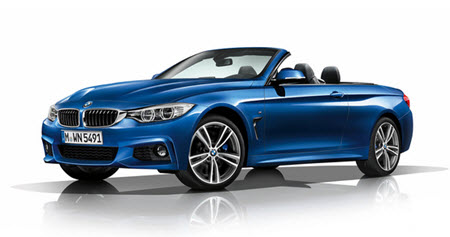 The folding or retracting roof of a car is referred to as ‘soft top’ or ‘top’ in American English and ‘hood’ in British English. The soft variety has traditionally been made from vinyl or canvas stretched over an articulated folding frame.

Convertible cars are normally 2 door models, due to the problem with body flex. There are however a few 4 door models to be found, such as the 1960s Lincoln Continental. Most convertible cars come with rear-wheel or front-wheel drive, but the American Motors Corporation (AMC) introduced their automatic four-wheel drive AMC Eagle line in 1979 and production of the Eagle continued until the 1988 model year. Since 2003, you can get the Audi A4 cabriolet with all-wheel drive.

A lot of the world’s most famed and celebrated cars have been convertibles, such as the Alfa Romeo Spider, Jaguar XK120 convertible, Lotus Elise, Dodge Viper convertible, Chrysler Crossfire, and Aston Martin DB9 Volante.

Today the convertible is vastly outnumbered by non-convertible cars, but during the early days of automobile history the convertible – or cars without any roof at all – was the dominating body style. These early cars were quite similar to open carriages such as landaus, but with an engine instead of horses and with a steering wheel instead of horse tack. One of the reasons why cars, where not constructed with steel roofs, was the fact that the engines were quite weak at this point in history and a steel roof would add a lot of extra weight to the car. In 1910 Cadillac introduced their first closed-body car and was eventually to be followed by other car manufacturers as the car engines became stronger and stronger.

In the 1970s the United States government threatened to increase the rollover safety requirements dramatically. This threat was never fulfilled, but it still had an impact on the production of convertible cars in the United States. Combined with several other factors, it caused the production of United States convertibles to decrease significantly. The T-tops began to take the place of the traditional convertibles, especially among the muscle cars. A T-top is a semi-convertible car that comes with a solid, non-removable bar that runs from the top of the windshield to the rear roll-bar. (It is quite similar to the convertible variant know as targa top. A targa top is a semi-convertible car body style that comes with a removable roof section and a full-width roll bar located behind the seats.) By 1976, Cadillac advertised their Eldorado as “The last convertible in America”.

In Europe, the production of convertibles was not as affected and the 1970s was the era when renowned European convertibles such as the Jaguar E-type, Mercedes SL, VW Golf Cabriolet, and VW Beetle Cabriolet were introduced.

Today, convertible car models are offered by nearly all car manufacturers worldwide and the design is especially popular among sports car producers.