Mosler Automotive is a United States supercar manufacturer founded by Warren Mosler in 1985. The company is based in Florida in the United States and in and St Ives, Cambridgeshire in the United Kingdom. As of now, the company produces the MT900R racer and a road car named MT900S, as well as an array of unique vehicles. 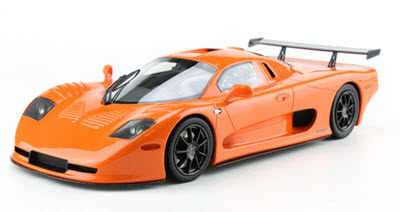 The history of Mosler Automotive started in 1985 when Warren Mosler, a bond trader who managed a big Hedge Fund, decided to start a car company and named it Consulier Industries. Consulier Industries introduced the Consulier GTP, which was a 2200 lb.  a mid-engined car equipped with a mid-mounted turbocharged Chrysler 2.2 L engine that could produce up to 190 hp. The Consulier GTP had an elegant monocoque chassis made from fibreglass-and-foam.

The Consulier GTP gained a lot of attention when Warren Mosler offered a $100,000 reward to anyone who could drive any other street-legal production car faster than the Consulier GTP on a US racetrack. “Car and Driver” decided to accept the challenge and raced against a 1988 Consulier GTP Series I Sport in a stock Chevrolet Corvette (not a ZR-1) at the Chrysler Proving Grounds racetrack in Chelsea, Michigan. Antoine and Csaba Csere did three laps each and both achieved similar lap times in each car. The best lap for the Consulier was 1:22.56, while the best lap for the Corvette was 1:21.01. Both drivers stated that the Consulier was “difficult to handle, with anaemic brakes”. When Warren Mosler heard about the result, he claimed that the 1988 Consulier GTP Series I Sport test car was older and worn out. Later on, the Consulier successfully competed in a lot of other races for the following six years, before it was banned by the IMSA (International Motor Sports Association) in 1991.

Throughout the history of the Consulier car, 100 Consulier GTPs were produced. During the early 1990’s the company also developed especially environmentally friendly vehicles, such as electric cars and small city-cars ideal for commuting. Consulier also developed cargo vans with composite bodies.

In 1993, Consulier Industries decided to create a special division that would focus solely on high-performance cars. The result was the Mosler Automotive division, which soon introduced the Intruder car. The Intruder was a rebodied Consulier fitted with a 300 hp GM LT1 engine. The Intruder raced at the 24 hours of Nelson Ledges in 1993 and 1994, and won both times. Unfortunately for Consulier Industries and the Mosler Automotive division, the Intruder was then banned. The Intruder car was then modified by John Lingenfelter Performance in order to yield 450 hp, and this car won the Car and Driver’s One Lap of America in 1996.