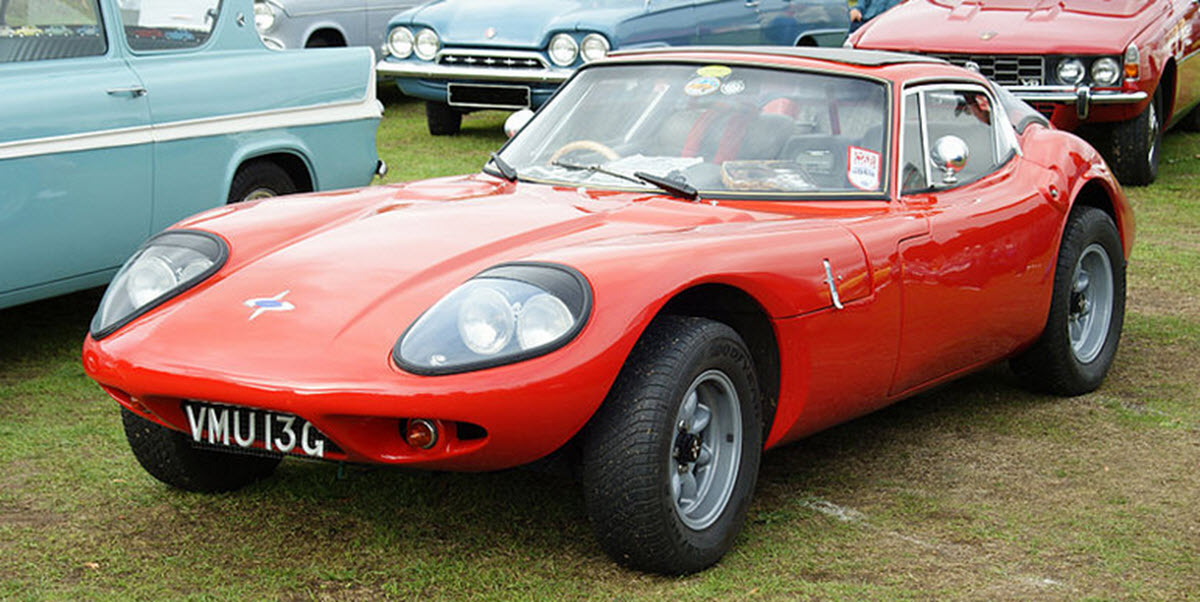 Marcos is a British sports car manufacturer founded in Luton, Bedfordshire in 1959. The founders were Jem Marsh and Frank Costin. The first Marcos car was the 1960 Marcos GT, an eccentric looking vehicle with a four-panel windscreen and gullwing doors. When it was time for production, the body was changed to be less radical, but the gullwing doors were retained, at least initially. Frank Costin had once worked on the De Havilland Mosquito fighter-bombers and this inspired him to make car chassis out of lightweight plywood. 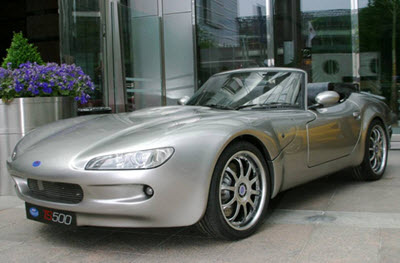 In 1963, Marcos moved to Bradford on Avon in Wiltshire where they took over a mill and converted it to suit their needs. In 1971, it was time for the next move, this time to a purpose-built factory close to Westbury. The move did, however, cause financial problems, especially since it coincided with U.S. export problems. Despite the Marcos failure, Jem Marsh stayed in the car business and in 1976 he could buy back the right to the name. In 1981, Marcos was re-launched and announced the Marcos V6 Coupe Kit Car. Marcos got into financial troubles again and went out of business in 2000, but was purchased by a Canadian citizen and is now manufacturing cars once more. Today, Marcos makes race cars as well as road cars. The road car production is still located in the United Kingdom; in Kenilworth, Warwickshire. The race car production is based in the Netherlands.

The first car to be produced by Marcos was the 1960 Marcos GT. This car could be purchased equipped with one of several Ford engines, from 997cc to 1498 cc, and had Standard 10 and Triumph Herald steering and suspension. Up to 1963, 39 Marcos GT cars were produced. The design was changed several times.

The Marcos Mantis was released in 1968 and came in two very different versions: one race car and once road car. The race car was a single seater equipped with a mid-mounted BRM-Repco V8 engine. The road version was a 2+2 with a 2.5 litre Triumph TR6 six cylinder injected engine.

Marcos left the kit car business in 1992 by launching the Marcos Mantara. This car had a 3.9 litre Rover V8 and was offered through dealers. A series of modified Marcos Mantaras was also produced in Le Mans versions, such as the LM400, LM500 and LM600. The LM600 had a with 6 litres Chevrolet small block V8.