Drive Multiplier Mayhem is a fast-paced slot game from the Swedish game developer NetEnt, with a top prize of 750,000 coins.

The main character in this game is the leather-clad pink-haired driver Jette, who has a neeed for speeed. She loves fast cars and to race against Hamaki, Bruiser and Twitch.

Short facts about this slot game

The speedometer is wild

The speedometer is a wild symbol, which appears with a flash-up digital number that will let you know how strong it is as a win-multiplier.

This means that not only can the speedometer substitute for another (regular) symbol to help you form a winning combo, it can also multiply your win.

The available multipliers are 1x, 2x, 3x, 4x and 5x. Amazingly, the wilds also multiply each other if there’s more than one wild symbol in a prize-line.

Example: If you hit a game symbol on the first and fourth reel, with multipliers in it, you can win up to 120x more than normally.

The free spins round will start when you get Scattered Race Starters on the second, third an fourth reel simultaneously, and you will be awarded 10 free spins. 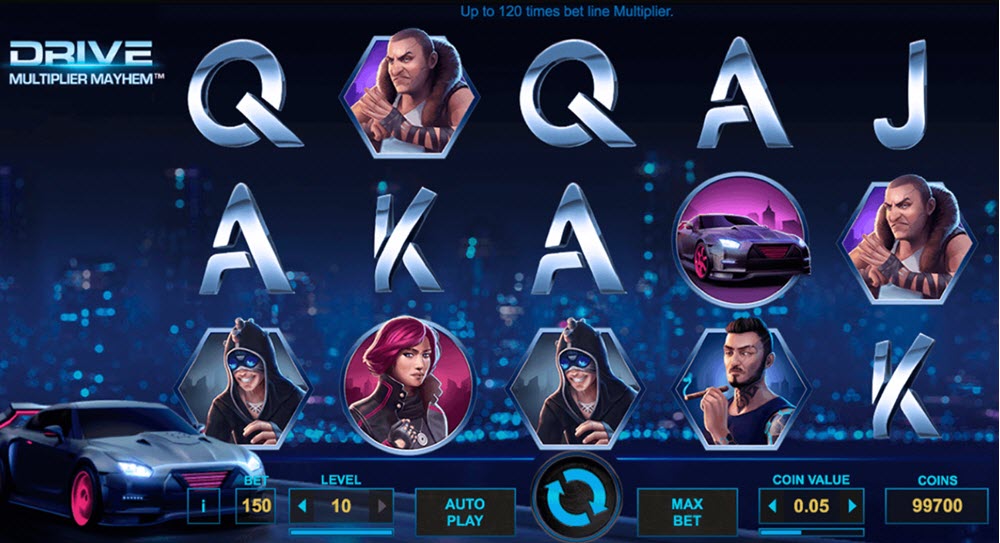